Who does not love a good dessert? Anything sweet is a delight to those who consume it. There is not a country in the whole of the world that does not create and serve desserts. Pull up a chair, sample something good, and let’s take a look at these layered desserts, those tempting delights made by individual countries, and explore how these fill a need in the food line-up in your life.

A lamington consists of a couple layers of moist sponge cake, usually chocolate, doused with an icing of a fruity flavor and covered in coconut. It closely shares its construction with a napoleon, but the lamington is all Australian.

A French dessert (obviously) that has several layers of cake interspersed with a whipped cream frosting, flaky pastry layers with fruit drizzle and topped with icing of the baker’s choice. It may also contain sliced fruit, nuts and/or chocolate. 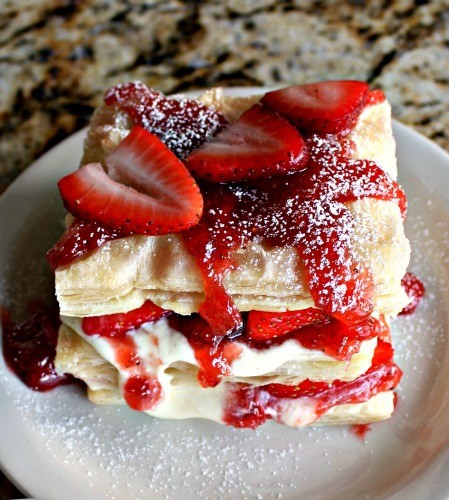 This Italian dessert layers lady fingers with coffee liqueur and custard. It is often served with a demi-tasse of espresso as the finishing touch to a classy evening meal.

In Poland, it is not dessert unless it is a lump of fried dough with unusual fillings. Packis are the polish donut, and they are prized for their heavy sweetness and light fluffy pastry.

This German dessert is like no other. Two layers of dark chocolate cake are plated. In between the cakes is a heavy creamy layer with a layer of cherry jam. The sides of the cake are often left bare, while the top is smothered in cherry pie filing.

Often associated with Greece, Baklava has its origins in many other Middle Eastern countries. That is why you will find it on the menus of Grecian, Bulgarian, Armenian, Albanian, Cyprian and Georgian restaurants too. Sample it in all of these restaurants and you will see that the recipe is slightly different based on which country the chef/baker is from.

Even the Chinese love cake. This particular cake is less cake and more pudding in texture, but because the rice flour, sugar and height obtained by baking and steaming, it tends to look like a cake. Candies and almonds are used to decorate this ceremonial cake, which is only eaten during the Chongyang Festival.

In the U.S., people often drink their dessert. It is in the form of an alcoholic beverage and uses any number of different liqueurs in various recipes. If you like the sweet stuff in a glass, try some of the dessert drinks featured in restaurants like Fig and Olive Melrose PlaceRestaurant.A Provence Margherita or a Raspberry Mojito is both excellent dessert choices. Other flavors range from the fruity to chocolate and vanilla to spicy.